"Though little remains of that fine era, the Pyramid still stands. Disasters of all forms have reduced this land of leisure to little but sand… pebbles of plastic… yet we know much of the story. From the comfort of the bus, witness historic statues, mansions and golf courses… mythic creatures and deadly curses. Please do not leave your seats."

The first season of tours ran from April 9th-28th, 2022. A new and improved tour will be available for bookings soon. We thank you for your patience.

Read about the tour here.

The Sand Gardeners are Sam Machell and Colin Le Duc. They are not in any way affiliated with Bass Pro Shops.

Thanks to Yvan, Théo, Arthur for their precious help.

I watched a video of this and it looks interesting, but nothing I could see that actually justifies the mandatory Internet connection and specific time slots. Seems like artificial scarcity more than anything else.

Thanks for you comment! I'd like to take this opportunity to make a statement about this since we anticipated such an opinion and would like to clarify intentions.

Indeed, there's nothing in the gameplay or story that /requires/ this game to be multiplayer, or limited to certain times. Narrative games like this are often very private experiences, in which players can take things at their own pace. We thought it'd be interesting to subvert this! You can watch a recording of a play online, but seeing it irl in a theatre has its own kind of aura about it; it's special... charged with a certain kind of energy. We wondered what kind of magic might be created by running a game in a similar way. We think we've been somewhat successful in this regard!

Narrative games often revolve around player choices. This game is concerned with human impact on the Earth, and about the will of many vs the power of a few. We thought it'd be an interesting thing to do to explore this through live polls, in which individual opinions are swallowed by the public.

What we're not really interested in is the scarcity thing. By their nature, our games are niche works that have a very small audience. We know this; we don't market them; we don't make efforts to give them mass appeal. Instead, we thought making a game like this might make use of the strengths of having a small audience, and actually bring those players together in a way. Though we hope the limitations do give the game unique qualities, we don't see it as an inflation of the game's value.

After all, games are luxury products, and we are two guys doing this for fun. People may choose to donate to us, but we are not limiting access behind money. The world continues to turn even if someone can't play what we've made. You can play our games.. you can not play our games.. It doesn't really matter to us; we'll still make them.

The experience you have with a game is made up of everything that that game is. Even its shortcomings and glitches inform the way you engage with it. Limiting how players can play this game creates an experience, whether you see that as positive or negative is up to you. But that's enough of a justification for me.

should remind myself of future session start times lol

Hi! Thanks for your interest in the tour. We are in the process of scheduling future tours, at the rate of 3 per week; at different times of day so as to account for different time zones. We'll soon update the itch page with live bus times.

Did you record the event?

We didn't ourselves, but it appears your fellow commenter Fun Base Alpha did!

If there aren't any seats left, I don't mind being a stowaway in the baggage area. The title screens super cool love the dithering. 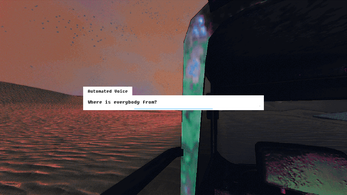 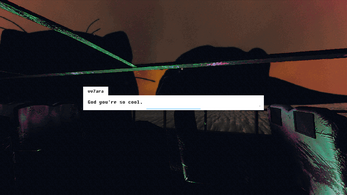 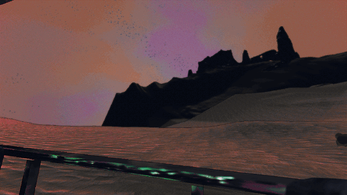 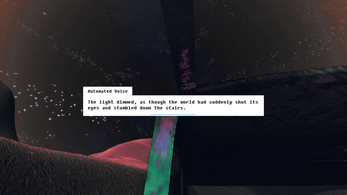 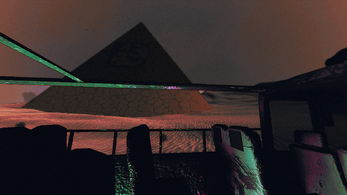