(If the game feels laggy in browser, feel free to download the standalone files < 50mo) 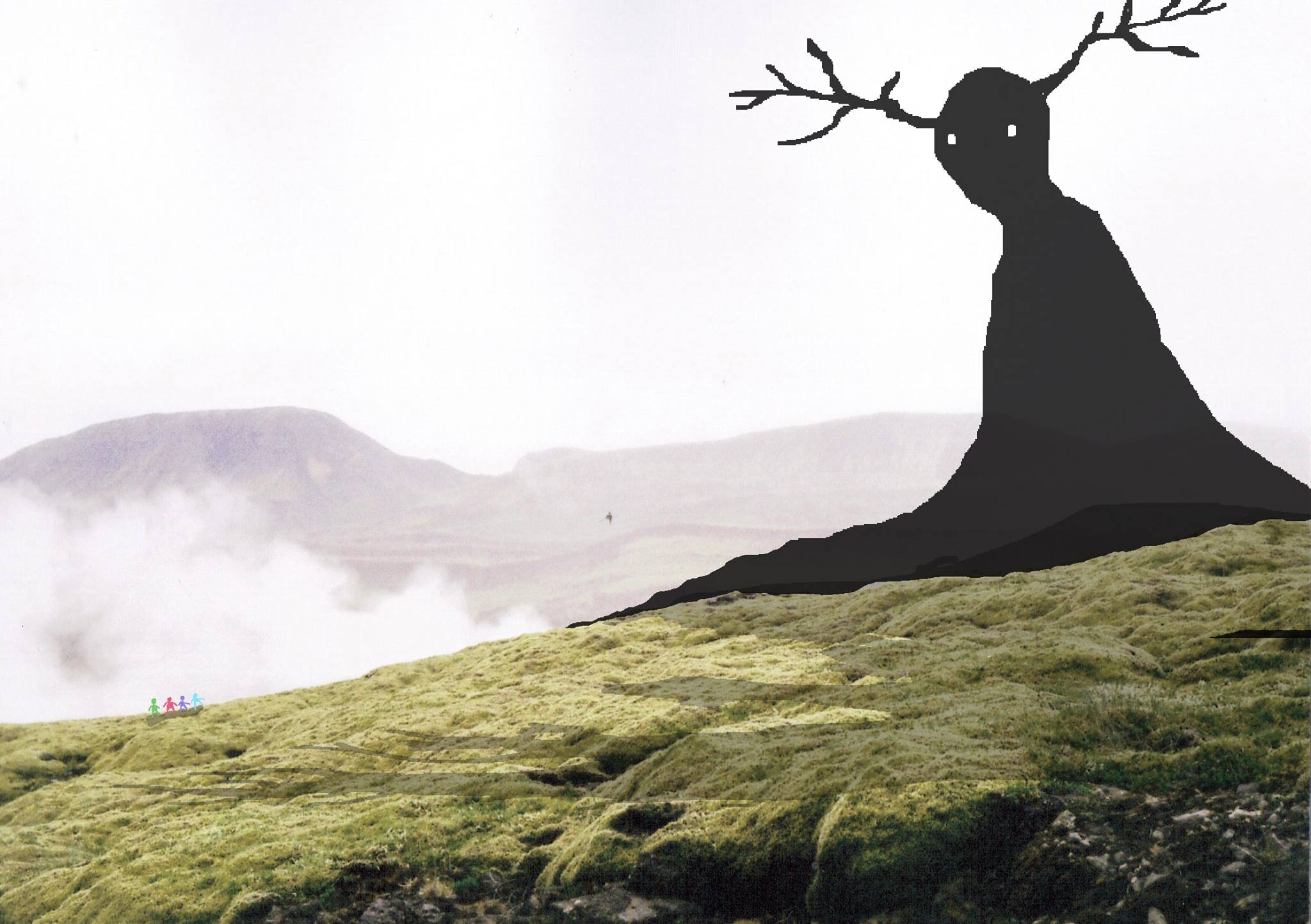 It is a time of war.

The RESISTANCE is dwindling, and the last remaining members take refuge in an abandoned power station in the heart of the EXHAUSTLANDS.

Under the cold BROWNIE COVE sun, members of the Resistance journey out into the lands to explore the area, and prepare to do battle with the approaching DARKNESS.

Return to HQ when you believe you have enough faith to win.

Made in 72 hours for the 42nd Ludum Dare. A fantasy driving exploration game about smashing fascists with the power of teamwork and faith.

Everything by the Sand Gardeners, with music from Somebody and Zoetrope, and additional sounds from Scarlet and Nemo.

Exhibited in an immature collaborative installation version for Leftfield @ EGX Rezzed 2019. We asked players to mark their discoveries on a shared physical map, leave hints, set up future successes, and contend with a modified child's toy for a controller. 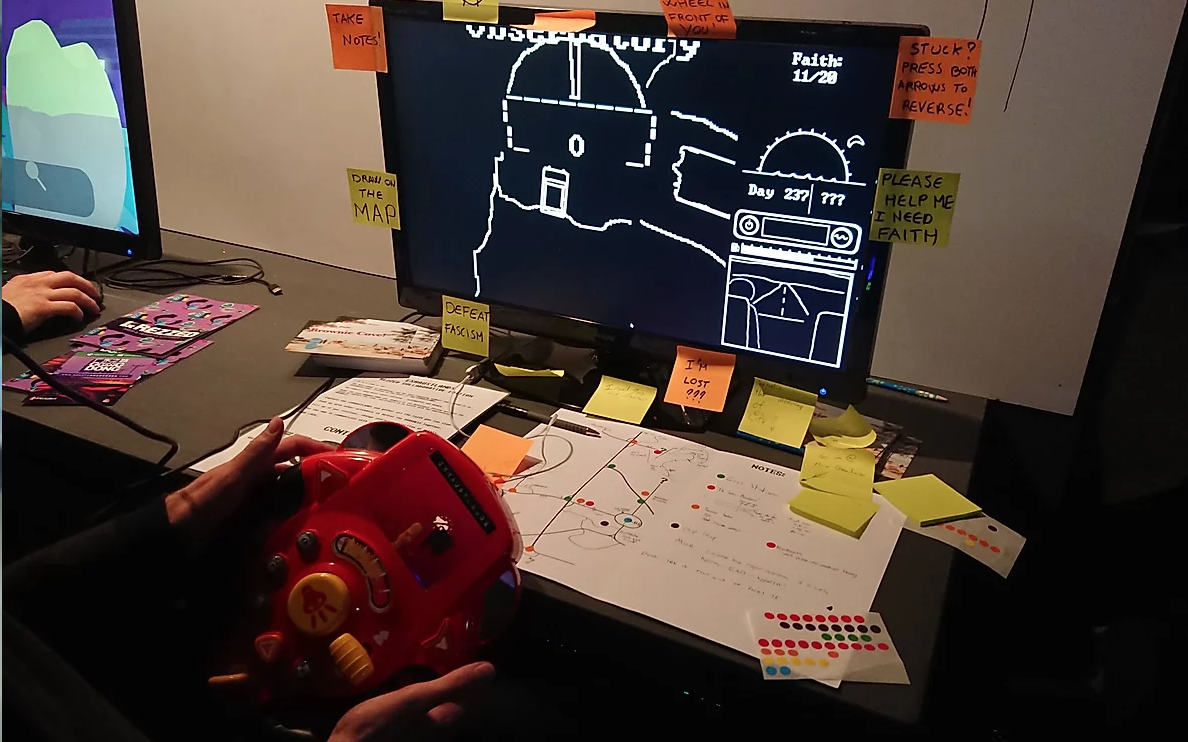 I couldn't how many times I've come back to this game. I absolutely adore it with all my heart. The experience is something I couldn't find anywhere else!

Will Bleak District be closed forever? I wanted to see what hides there. Rest of the game is very climatic and I absolutely love it. Good job!

Very good game!, but there could be room for improvement. For example, I was expecting maybe an attack scene at the end, with the glowing rot-god sword, approaching army, and image of the big god-thing in the green hills at the beginning of the game. It would be so nice to see the game expanded, it was a lot of fun playing through it, and I want even more of it. It would also be nice to see the gasoline feature used more, be more risky; that there may be a penalty for approaching a faith thing too soon (like with the mine collapsing if you don't know the way through it but enter anyways and waste those 3 choices of direction); motels could serve as save points; a time limit before the fascist army attacks. All in all, I love the game immensely, and honestly, I would love see more. And if there will be more, these are things that I'd add.

There is so much to love about this game, so many little details are fascinating. On the one hand, I found it fantastic that all travel companions believe in different gods and that this is never a conflict, but instead they can also take advantage of it in their fight against the fascists. On the other hand, the world is quite huge for a jam game, so one can get lost in it, only to discover something completely new. That was really nice! :) The whole game has a very special road-trip vibe in it and I am very happy that I tried it. It's probably the game of yours that's been the most 'traditional game' yet, but it still has been a unique experience for me. Thank you for this fantastic trip. It was an honor to recommend this game in an article on our blog and to upload a longer gameplay video for it, even though this time I did not win the fight... I wish you great success with the Ludum Dare 42 ratings, but at least I can say that it already has a special place in my heart! <3

A beautiful experience like I've never had with video games.
Thank you for this !

very short, but extensively enjoyable for only 72 hours of work. I drew my own version of the map i was able to explore in MS paint and it took me back to the early days of gaming where you'd have a whole notebook full of drawings and codes to remember. I actually played the game twice bc the first time i got lost in the static mountains trying to follow the static ah la lost woods style and couldnt get out.