Time for work, Cashbags! At the Brownie Cove Hotel, anything goes… and you are in charge.

Check in strange guests from bizarre lands, get involved in conspiracies and stories, try to keep the hotel afloat, and uncover the dark mystery that you have tried to forget...

Play the updated and improved version in-browser above, or download the jam version below.

boy i played this for the first time sometime after it came out in 2017 and i LOVED it. i'd never played anything like it and the worldbuilding and all the little details intrigued me like nothing else. about a month after i'd saved this to my laptop my computer fried itself and i lost it, and i went for about three years still thinking about this game but i could never quite remember the name. which, with this being a small indie project, was gonna be hard to find. it took me like a solid week early this year but i got it eventually!

if this single game is good enough to make me think about it for three and a half years after i first played it then that should be a good enough indicator for anyone skimming through the reviews rn. super cool game even with the occasional bug, intrigued me enough to go through the rest of the page's games to see what was up with this universe. just a shame it doesn't have more recognition :)

thanks so much your words are really kind and have made both of us very happy! if you're interested in the Brownie Cove Hotel games specifically, we recommend checking out Between Stations, Definition of a Ghuest, Exhaustlands and First Morning !! :)

Is it normal for the game just to have no more people show up?

I had a ton of fun playing this and it’s definitely peaked my interest! I really look forward to playing more!

is there more  than one ending?

not right now, but in the future we are planning on adding multiple endings! 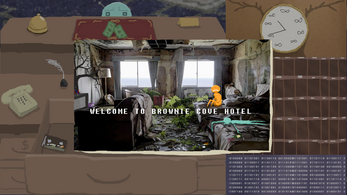 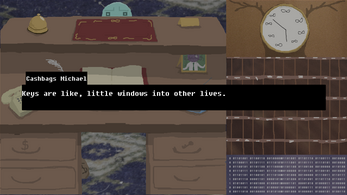 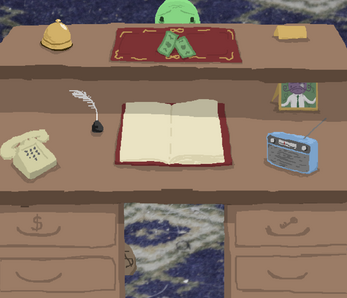