Where Do We Go From Here?

Good: it’s another year. Welcome. Mmhmm. We hope it’s been a bearable decade for you all. It’s noon and it’s cloudy and humid in the UK. I wonder how to weather is for you in France? [Colin: France mostly smells like fog and teargas lately.] I’d like to write a little about our intent for this coming year, the state of our projects, and how we’re gonna move forward. See if we can get things straight.

There is a hulking blockage somewhere in the Sand Gardeners' gut, and it has long been time to just grit our teeth and push it out.

Brownie Cove Express, our first ever feature-length, premium release, has been on standby for a while.

Last year (and the one before) we took it (and some other games) around the European block to a bunch of events, showed it off, got some feedback, and basically burnt ourselves out economically and mentally in the process. Every time we returned from an event we were at once super reinvigorated in the response to our work and full of ideas, but exhausted and broke. Not to say I didn't have fun of course, love you ;) 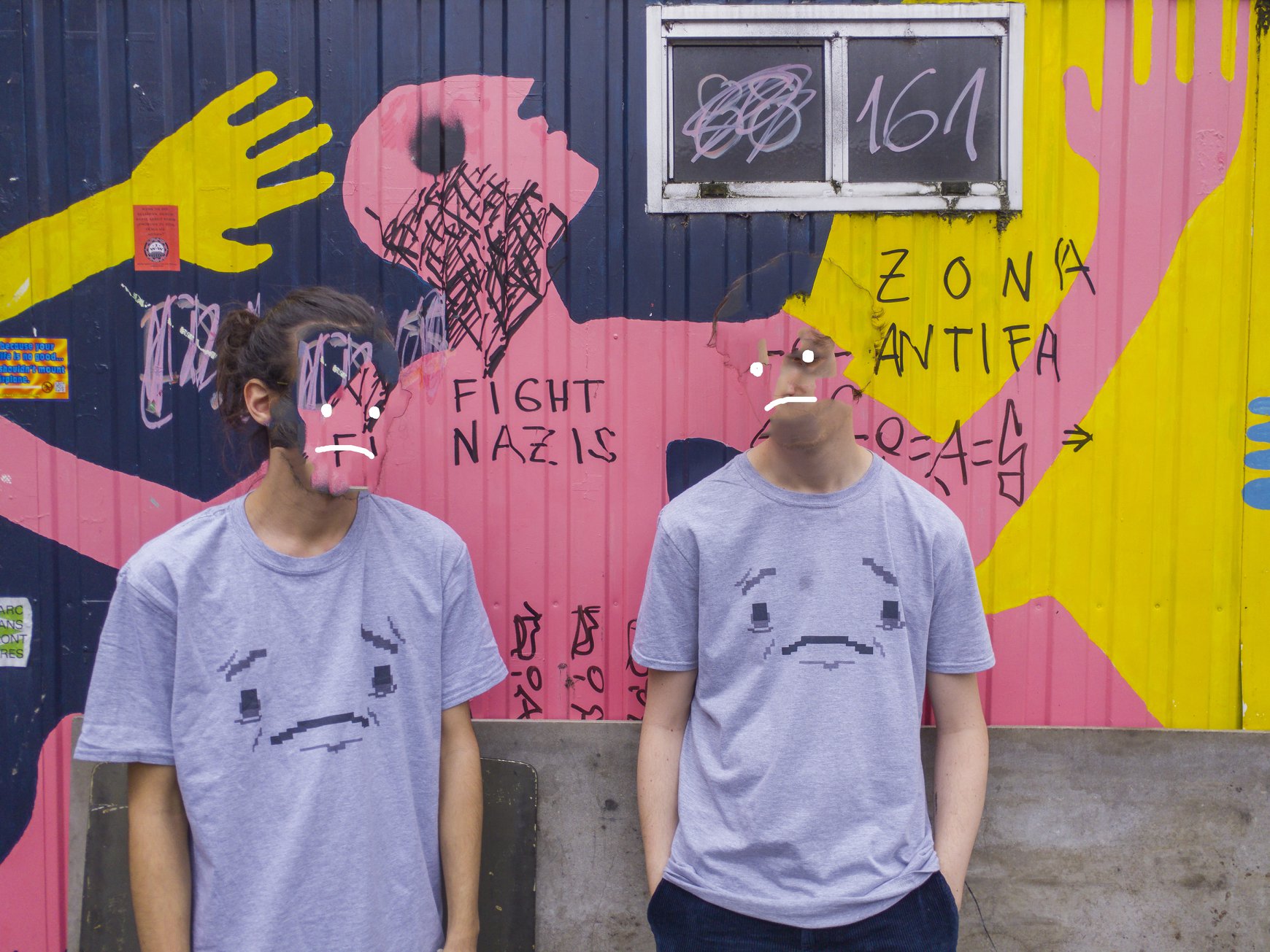 Our wheels are spinning. We can’t keep up this jagged way of working.

We came to a point where if we wanted to complete the project as initially conceived, we would need investment. (for many reasons, this is something we don’t think we will be able to find, right?) [Colin: sure, yeah.] The project’s scope increased to match the reception, but it grew to a beast that we couldn’t realistically complete on our own. But it’s my contention that we can’t just give up. We’ve put a lot of ourselves into our work the last few years and I am proud of what we have accomplished. But this limbo we've placed everything in is wrong. I feel the work should have some kind of conclusion, some kind of final word to draw it all together.

So what do we have? Around 40% of what BCE was planned to be (2.5 of the 6 planned character arcs, a bunch of interactive sound and art and bits, 2 musical set pieces); 7 or so supplementary games (in varying states of polish) all set in the Brownie Cove world that expand on the themes; untold quantities of prototypes, surrounding and intermediate artworks and experiments. 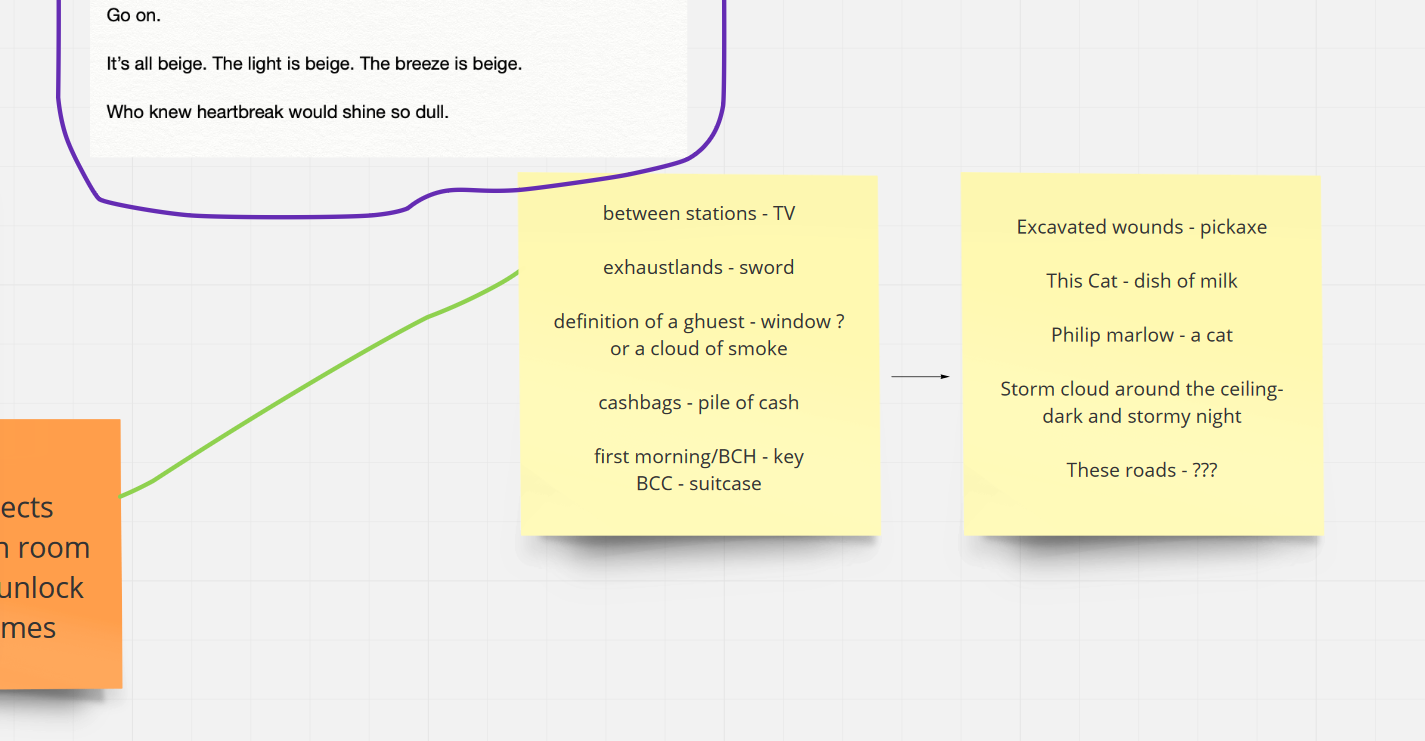 The plan is to pull these projects together, polish them up to a suitable level, and release them as a premium collection: The Brownie Cove Haunthology. The half-complete Brownie Cove Express will be presented as the main thread, ghostly and semi-abandoned as it should be, where the player will unlock the other games through some arbitrary means… interacting with characters or whatever. The supplementary games will be presented as insights into other aspects of the world, other perspectives, connected for the first time to each other and to a wider story (they will also all be remastered or rewritten to some degree). The Haunthology will also hold all our unfinished prototypes and assorted extra-curricular bullshit - net art, short stories, music, the entire archive of the Brownie Cove webcomic - all organised into a pleasing digital archive. There will be hours of content here, and plenty to investigate. I think this will be a good end for the Brownie Cove project as a whole, allowing players to digest it all as one work; as one statement. Our ideas, aesthetics and voices have changed considerably since we met and started working together, so we’re also excited to just put this all behind us and move on to something entirely new.

To clarify: all the projects we have previously released will remain free on Itch.io, and open source on our Github as well.

I am thinking we could run a small scale Kickstarter - oh God, we hear you say - to get the ball rolling, and to push this collection as far as we can: really make it something special. [Colin breaking the fourth wall: Is this a good idea? Let us know in the comments or on Twitter.]

In other news, things are weird, aren’t they? Scary. Guess we gotta just hold in there and fight with hope. I’m working on a novel lol, almost done with my degree too. I wanna make something big and something different next. What do you say?